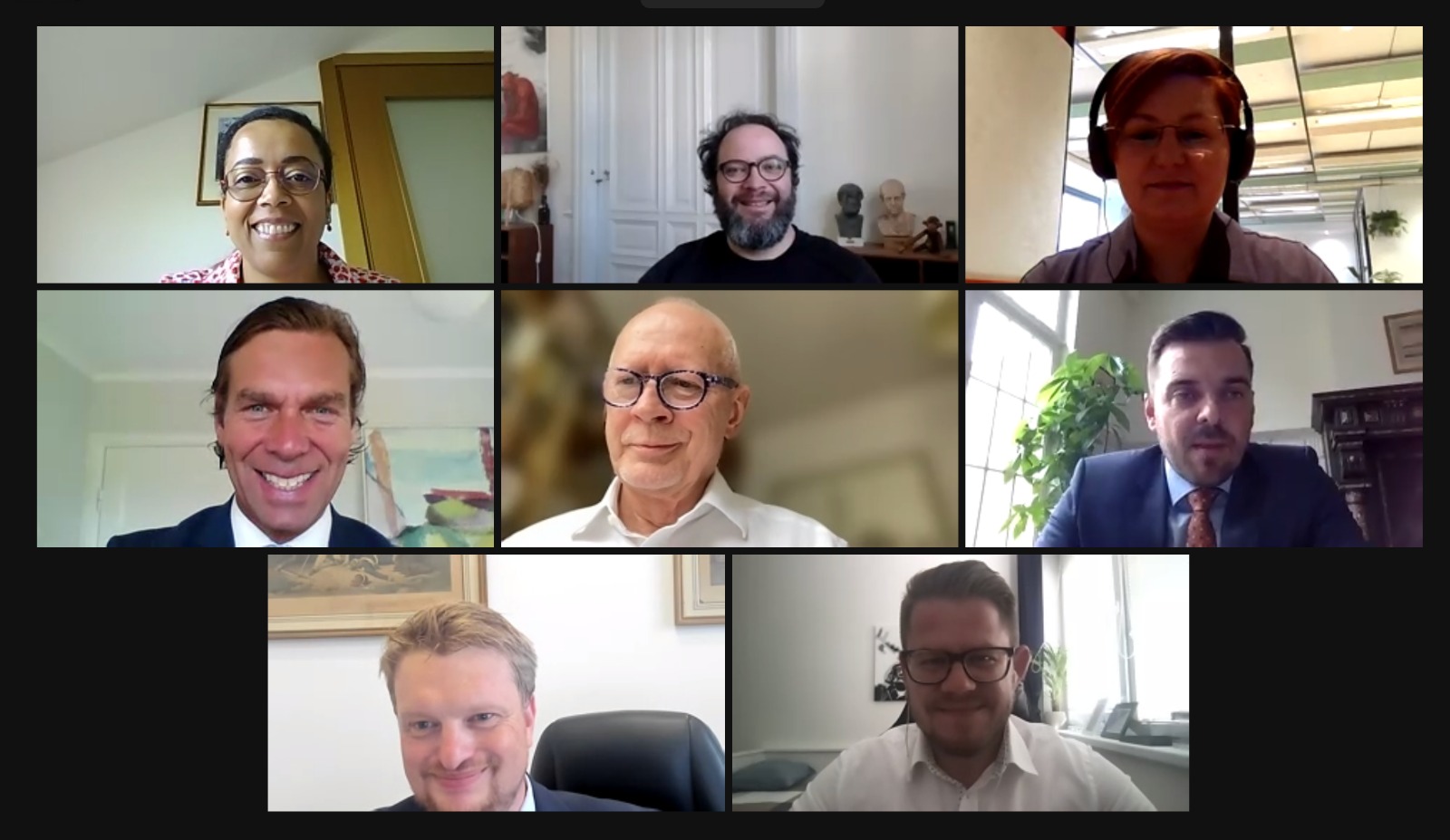 JOLANA MUNGENGOVA, SME Connect Special Adviser Digital & Fitfor55, Former Advisor on European Affairs (Czech EUCO Sherpa) to H.E. Petr Fiala, Prime Minister of the Czech Republic and Former Member of Commissioner Malmström Cabinet opened the discussion, stating that SMEs are not only the backbone of EU economy, but the vital blood cells that generate growth in the EU. She emphasised the priorities if the Czech Presidency, namely support for Ukraine, energy security, strengthening EU defence capabilities and cyber security to boost the resilience of EU economy, and digital agenda.

Keynote speaker ONDREJ FERDUS, Director of the Digital Economy & Technology Unit, Confederation of Industry of the Czech Republic, Member of Czech Digital Team and Vice Chair at the Business at OECD Committee on Digital Economic Policy mentioned the trends during the French Presidency in isolating the EU in the field of data exchange and discriminating from tech companies from third countries – measures affecting cooperation with strategic partners such us United States, United Kingdom or Israel. He mentioned it is important for the Czech Government to work to reverse this trend, move from isolation to cooperation with our strategic partners with whom we share the same democratic values. Regarding the legislative proposals he stated the top priorities of the Czech Presidency as regards the Digital Agenda, are the EU AI Act and the Digital Identity Framework. He remarqued the Czech Presidency will work on Digital Decade Policy Programme, the Data Act, Cyber Resilience Act, the revision of broadband, Interoperability Europe Act, Declaration on Digital Rights and Principles, European Chips Act and it will work towards the adoption of a EU wide tool for secure digital identity such as the Digital Identity Wallet.

MICHAL BONI, Spokesperson for the Coalition of the Digital Ads of SMEs, SME Connect Special Advisor for Digitalisation and AI, Member of the European Parliament 2014 – 2019 and First Minister of Administration and Digitalisation of Poland, stressed the need of improving the Trans-Atlantic relation. He agreed there is no more important issue and problem to solve than to support Ukraine military and economically, and support Ukraine in the EU Membership. He mentioned the hybrid toolbox to fight disinformation in our modern world. Key priorities should bring order to the area of data, legal frameworks for data collecting transferring and storing. He stressed the need to establish real and effective structure for Parliamentary and inter institutional debate on EU Health Data Space, finish the work on AI act and foster SME trust.

KARINA STAN, Director of EU Policy, Developers Alliance brought two recommendations for the Czech Presidency with the regards with the digital files. One is the practical approach where the outcome is decided by the enforcement. The second is to be aware to ensure the need the policy and regulatory coherence.

MICHAL KARDOS, Slovak Alliance for Innovation Economy – SAPIE, pointed the importance of having a consistent data storing, transferring. He mentioned we need to foster in a truly innovative investment in a friendly environment and try to involve SMEs as much as possible in those discussions.

PETER KOFLER, from the Danish Entrepreneurs stated we need to look at all the opportunities, he totally subscribed to the agenda of a Transatlantic Alliance and acknowledged that we are living in one ecosystem for start-ups and not being able to run a business across continents is unimaginable. After Brexit, and during the French Presidency, protectionism is taken more and more of the European agenda. We need to build up a self-confident vison of EU in the world.

GLEN HODGSON, Founder and Secretary General, Freelance Movement cited that supporting innovation and entrepreneurship, and the independence of the digital platforms is a vital part of the future of work. We should not be scared of more technology; however, we can try to harness and use it to out benefit instead. More employers are in need in freelancing strategy and hiring specific talent they need to carry out jobs. Innovation is the key element, and we should focus on the opportunities that technology is is bringing, rather than been strangled by excessive rules and regulations.

The discussion was moderated by HORST HEITZ, Chair Steering Committee of SME Connect.