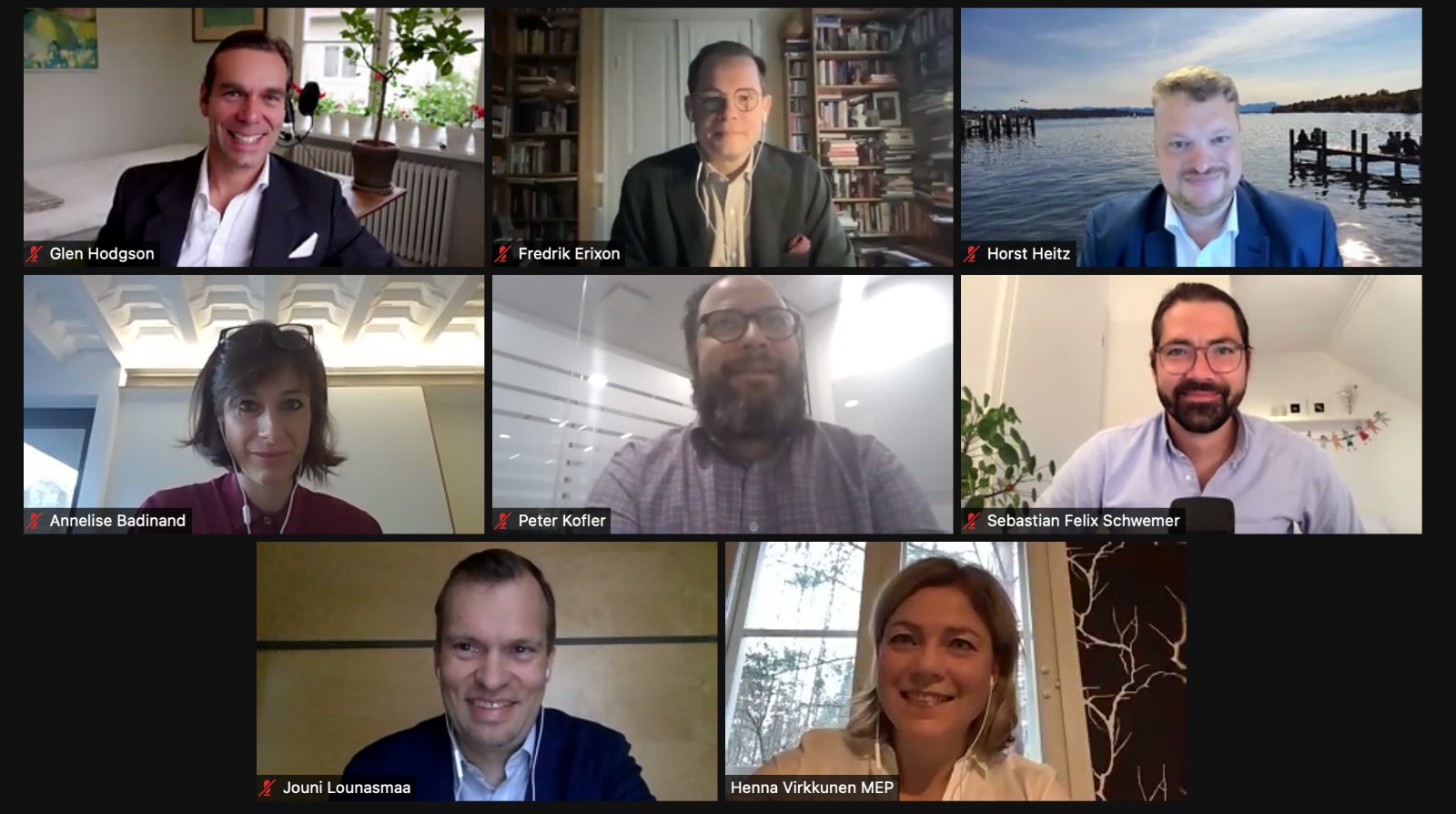 Henna VIRKKUNEN MEP stated that the main goal of the DSA is to create a safer and more accountable digital environment with the same rules online and offline. The right legislative balance should be found to not overregulate and boost innovation, while avoiding red tape.

Fredrik ERIXON noted that the digitalization gap between Europe and other countries is on the producer/companies side, therefore regulation plays an important role to ensure that smaller organisations have easy access to modern technology. The perspective we should focus on is regarding the extent to which the DSA will improve or make it more problematic for SMEs to use existing platforms.

Bringing the academic perspective, Sebastian Felix SCHWEMER stated that the DSA and internet regulation is not only important for large online platforms: being aware of spillover effects, either intended or unintended, is crucial. The DSA is only revisiting the E-commerce Directive, a horizontal framework, therefore not everything should fall under its scope.

Annelise BADINAND expressed concerns that DSA is becoming less SME Friendly, as discussions in the European Parliament and Council progress. There is a hyperinflation of obligations that platforms will have to implement: more rules regarding consumers protection go beyond the initial purpose of the regulation. She advocated, instead, for more proportional rules. The current DSA proposal discourages SMEs from participating in the platform economy, with current liability rules as a prime example of this because SMEs will not be able to absorb the liability costs in any case. Furthermore, strict time frames should not be imposed on platforms for the removal of illegal content, as it would lead to indiscriminate overblocking. Exemptions for SMEs must remain in place.

Jouni LOUNASMAA remarked on the importance of a constant flow of new ideas for a Startups ecosystem. To enable this experimentation, regulation needs to be future-proof and adaptable.

“Europe is in a global catching-up game,” stated Peter KOFLER. Startups are fighting Big Players who can afford setups to comply with new rules and certain DSA proposals would make it impossible for Startups to be competitive. We should focus on early adaptors like Northern Europe because these countries and have the ability to compete globally. The ban on targeted ads remains most problematic, a sentiment echoed by Annelise BADINAND.

Glen HODGSON explained how SMEs would be negatively affected by overregulation: no restrictions on target advertising, nor ban on the recommender system should be implemented. Transparency we can go as far as not to burden SMEs and prevent innovation and growth.

Henna VIRKKUNEN MEP concluded the discussion indicating that to encourage innovation and to help the SMEs and StartUps, we need future-proof legislation, technology-neutral rules, and to find the right balance regarding legal certainty and decreasing the regulatory burden.